Most of the postcards in the collection look a little like this, with no stamp, but addressed to Peter Scott, the company. How did it get there? Why fill in the whole address when they must have been sent in a separate, stamped envelope? Am I missing something obvious here?

I just did a DuckDuckGo search for Östersund, and the first thing I got was an advert for hand sanitiser.

Östersund looks like a lovely place for a winter break, not that it’s winter, or that I’m travelling much at the moment…

One of my favourite things about Östersund is that it stars with the letter Ö, which while it is awkward to type, looks like a little face going ‘oh!’.

Frösön is the bit at the top of the postcard photo, and from a quick gander at Google Maps, the only major change I can see from the last 60 years is that it’s now in colour. 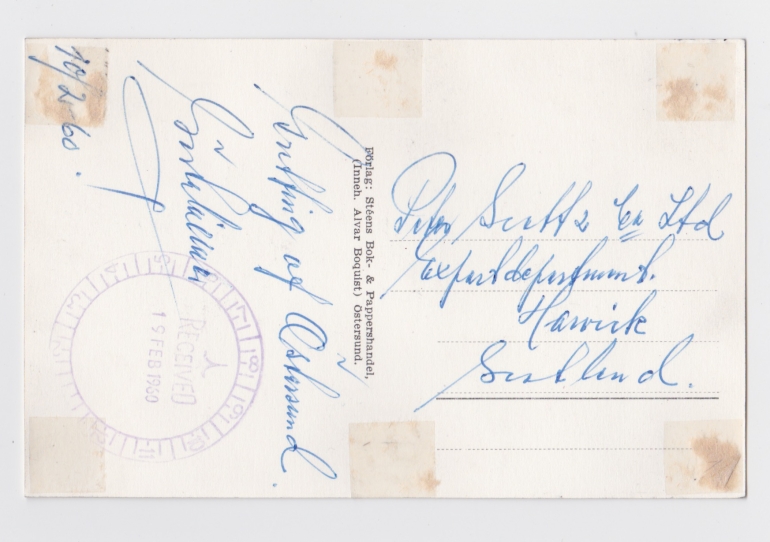 I also found a mysterious blue pyramid on the island.